Cypriot organisations unite to prevent the use of disposable plastics

On Wednesday, 27 March 2019, the European Parliament adopted by an overwhelming majority the gradual ban on disposable plastics by 2021 in the Member States of the European Union. This coincidence coincided with the Oceania Week held in the Beyond Plastic Mediterranean (BeMed)program in the Principality of Monaco, Monte Carlo, with the Prince Albert II of Monaco Foundation, in collaboration with the MAVA Foundation, IUCN, Tara Expeditions and Surfrider Foundation Europe. The aim of BeMed is to create a network of ambitious organizations and individuals to develop innovative programs and projects to tackle the pollution of plastics. Among the countries that participated were Spain, France, Italy, Greece, Morocco, Lebanon, Albania, Montenegro, Turkey and Cyprus.

Cyprus, although a small country, is deservedly represented by four organizations [1] Together Cyprus in cooperation with the Environment Commissioner, [2] Friends of the Earth Cyprus, [3] Akti Project and Research Center and [4] Cyprus Sustainable Tourist Initiative (CSTI) ranking it in the first place with the most innovative projects to be developed over the next few years. Representatives of the organizations have been invited and hosted in Monte Carlo, presenting both current programs and the state of the art of Cyprus regarding plastic waste, as well as the projects to be developed through the BeMed program, to Prince Albert II

The above organisations, further to the programs they will develop individually, have set strong foundations for an ongoing close and beneficial cooperation by establishing a national network to tackle and prevent pollution from disposable plastic waste.

From the left – Gianna Orphanidou (CSTI), Anastasia Korai (Friends of the Earth of Cyprus), Philippos Drousiotis (CSTI), Dimitra Orthodoxou (AKTI), Andreas Angeli (Together Cyprus), Kyriakos Shialaklis (Office of the Commissioner for the Environment) 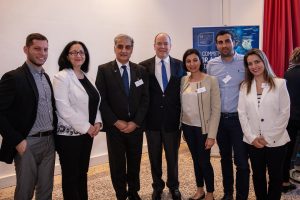 Prince Albert II of Monaco with the Representatives of Cyprus 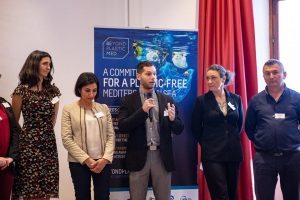 Mr. Andreas Aggelis, president of Together Cyprus, presenting to the Prince. Next to him (right) is the representative of the AKTI Project and Research Center, Mrs. Dimitra Orthodox. 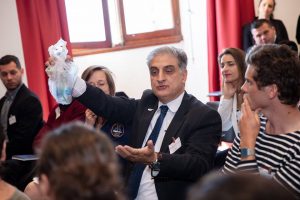 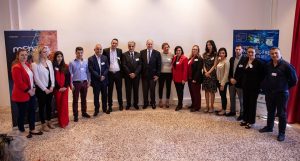 Prince Albert II of Monaco (centre) together with representatives of organisations for the projects that will be developed in 2019 in regards to the prevention of disposable plastics.